A land of unique beauty, surrounded by the greenery of padi during the planting season and the golden hues during harvesting. Kedah, the Rice Bowl of Malaysia is indeed a picturesque landscape to behold. Kedah has a population of about 1.5 million people, made up of various races. It boasts of many historical events leading to this modern era where it continues to prosper. It is in the mainstream of national development, particularly in industry and tourism.

The North-South Expressway transverse the State of Kedah, thus enabling just a five-hour ride from Kuala Lumpur to Alor Setar. Similarly, the national railroad track also passes through the state with various stops along the way.

High-speed ferries operate from Kuala Kedah to Langkawi throughout the day. There are also regular ferry services from Penang as well as Satun, Southern Thailand.

Travelers have a wide range of transportation to choose from. Comfortable air-conditioned express coaches and long-distance taxis are readily available thus providing easy connection throughout the countries. 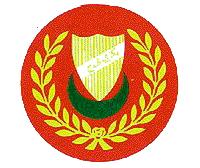 The wreath of paddy symbolizes Kedah’s main agricultural plant. The green-colored crescent moon is the symbol of Islam, and the shield stands for the strength and authority of the Sultan, the ruler of the state.

Red, the traditional color of Kedah, which forms the background of the flag indicates the prosperity of its people and its land. The wreath of paddy, yellow in color, signifies the state’s main produce while the green crescent moon is the symbol of Islam, the official religion of Malaysia. The shield is the emblem of the Ruler who is the protector and guardian of his subjects.

Kedah emerged as a major kingdom on the Malay Peninsula in the 5th century, with archaeological findings in Lembah Bujang dating back to that period. The economic abundance of Kedah drew, throughout its history, the attention of many outside forces. Before coming under the rule of the Malacca Empire in the 15th century, Kedah was a reluctant vassal of the Siamese. Although Kedah was able to maintain some degree of autonomy for a brief period, Chinese attacks in 1618 led Kedah to seek protection from its former Siamese overlords, causing it to fall under the latter’s influence again.

In the 18th century, external pressures from Bugis, Siam, and Burma increasingly weakened Kedah. The situation was exacerbated by a power struggle that sparked off a civil war in 1724. Raja Haji, a Bugis leader, took advantage of the internal chaos and invaded Kedah in 1770.

To counter the continuous threat from Siam, Sultan Abdullah Mukarram Syah appealed to the British for protection. Sir Francis Light was appointed as his representative to achieve this, armed with the guarantee of the exclusive leasing of Penang to the British East Indies Company. On 11 August 1786, Light was sent to Penang to found the first British settlement there.

In 1788, when it became apparent that the British had no intentions of aiding him, Abdullah tried to expel Light from Penang. Light, anticipating such a move, managed to repel this challenge and consequently forced Abdullah to sign over Penang on 11 May 1791. In 1800, a tract of land on the peninsula mainland, Butterworth, was signed over to the British as well.

In 1821, the Siamese conquered Kedah and ruled it for the next 20 years. Several attempts were made by the disposed of Kedah Sultan to amass military support and restore the kingdom. Eventually, Siam acquiesced, but not before separating Perlis from Kedah to form a separate vassal principality. Kedah itself remained a Siamese vassal state until 1909.

On 9 July 1909, the Bangkok Agreement, which was ratified by the British and Siamese, effectively delivered Kedah to the British. Upon the appointment of Sir George Maxwell as Kedah’s British adviser, Kedah officially became a British colony. This lasted until the Japanese Invasion in 1941. British rule resumed on 1 September 1946 and Kedah was placed under the British Military Administration.

Malay opposition groups derailed the Malayan Union plan, and the Malays formed the United Malays National Organisation (UMNO) under Dato’ Onn Jaafar’s leadership on 11 May 1946. The Malay Federation was founded on 1 February 1948 and on 31 August 1957, independence was declared.

Kedah is known as “The Rice Bowl of Malaysia”. Apart from the ubiquitous and abundant green paddy fields, other tourist attractions include historical sites, museums, forest reserves, islands, and gorgeous beaches. Langkawi Island, the Isle of Legends, is the most well-known Kedah tourist attraction, with its sandy white beaches and intriguing historical landmarks.