Lying off the northwestern coast of Peninsular Malaysia, the state of the Penang comprises Penang island with an area of 285 sq km and a narrow strip of land approximately 760 sq km on the mainland known as Seberang Perai. 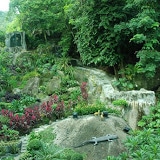 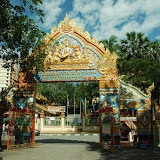 Aptly called the Pearl of the Orient, Penang is one of the prime destinations in the country. State capital Georgetown is a bustling town known for its fascinating collection of fine old buildings. Much of Penang’s charm lies in its fabulous beaches as well as rich cultural potpourri.

Tourists can also arrive by road via the 13.5 km Penang Bridge while regular ferries transport passengers as well as vehicles from Butterworth to Georgetown. 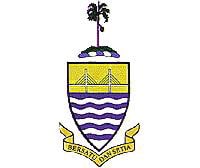 The State emblem shows an areca nut tree above a tricolor shield of yellow, blue, and white. The island derives its name from the areca nut tree (pokok pinang in Malay). Inside the shield, the Penang Bridge is shown against a yellow background. It symbolizes unity between the Malay State and the Federal government. The two pillars of the bridge represent the dual objectives of the New Economic Policy, that is, the eradication of poverty and the restructuring of society. The four cables of the bridge represent the four major races, Malay, Chinese, Indians, and others. The five blue and white waves below the bridge stand for the five principles of the Rukunegara (the national ideology) and the 5 administrative districts of the state. The five blue and white sections at the base of the areca nut tree have the same significance.

Penang, also known as the “Pearl of the Orient”, was one of the first areas to be acquired by the British. In 1786, British officer Sir Francis Light persuaded the Sultan of Kedah to cede the island to the British East India Company. In return, among other conditions, he offered the Sultan British military protection from the Siamese who had a territorial interest in Kedah. The island’s strategic location as a naval base in the East Indies, and as a center of trade and port-of-call between China and India in the eighteenth century, were the key factors behind the acquisition.

Penang was named Prince of Wales Island after reigning British monarch, George III and the new capital called Georgetown. Later in 1800, the Sultan of Kedah surrendered another large tract of land, this time on the mainland adjacent to the island. This was named Province Wellesley (now Seberang Perai) after the British Governor of India at that time.

The pioneer settlement flourished and the population swelled from 1 000 to 12 000 within two decades. In 1805, Penang was upgraded to the status of a Presidency and it became part of the Straits Settlements 1832. The British had ruled Penang for 100 years by the time it became part of the Federation of Malaya in 1957.

Penang is definitely a shopper’s paradise, with hundreds of retail establishments located conveniently, in and around the city.

Penang is often referred to as the “Pearl of the Orient”. The Penang Bridge, the longest in Asia, is one of the island’s most famous landmarks. Penang also boasts an array of charming historic buildings and places of interest displaying both Eastern and Western influences. There are also idyllic beaches for sun-worshippers and picturesque hills for nature lovers. Not to be missed too is Penang’s superb food, from the famous nasi kandar and Penang Street chendul to English tea on Bukit Bendera and Chinese fare.